When you book with an account, you will be able to track your reservations and get access to coupons page.
Sign Up
2405
Book From Locals > Marmaris > Marmaris Rhodes Day Trip

Here is your chance to visit two countries in one holiday!  With all that Turkey has to offer, it is still a  great experience to hop on to the Yeşil Marmaris catamaran and head off to the Greek Island of Rhodes for the day.  It is as easy as that. You book and after leaving the harbour in Marmaris you will be arriving at the Port in Rhodes Town within the hour.  Rhodes has a difference ambience to Turkey even though it is only around 12 miles away as the crow flies.  The music sounds different, even the chatter of the local people is different.

Rhodes, the capital of the Dodecanese Islands, has a bustling capital city.  The Island emerged from the ocean only around 3000 years ago, roughly the same time that Santorini erupted.  Its strategic location off the coast of Turkey means that it has seen and embraced many invaders through the centuries.  Its more recent architects being the Templar Knights, who once purchased the Island and built the extensive defensive walls that still grace the city to this day.

If you think it reminds you of Jerusalem, you would be right.  Same architects. Same builders.  When the Templars were ousted from Rhodes they went on to Malta and built similarly.  Today the island is a stop off point for Greeks and tourists alike, with its new and old town sitting side by side.  A haven for shoppers and history buffs, Rhodes seems to welcome you the moment you set foot ashore.

Your tour begins with a pickup, either from your hotel or a given mutual meeting point in Marmaris, taking you down to the Port and through passport control to your awaiting ferry.

The comfortable ferry is a fast catamaran and the journey along the coast, before veering off towards the Island of Rhodes should take around 40 minutes.

On arrival in the Port at Rhodes Town you must go through passport control.  Once through you have free time of around 6 hours to explore the town and area.

Your Captain on the ferry will tell you the time to return to port.  It is up to you to make sure you are back in plenty of time.  It is recommended that you return at least half an hour before you are due to sail, going quickly through passport control and on to your ferry.

Besides the many modern as well as souvenir shops in the Old and the New Town, you will have a chance to purchase items at duty free shops in Marmaris and Rhodes.

Once back on board,  your journey of around one hour, will take you back to the port in Marmaris where your passport will be stamped once more and your coach will be waiting to take you back to your morning’s pickup point.

How much is Rhodes Day Trip from Marmaris?

What is there to do on Rhodes for the day?

You may take the tour up to Monte Smith with its panoramic views of the town and island, and where the original olympic athletes trained before the Athenian Olympics.

The walls of the old town, built by the Templar Knights, are steeped in history with walking tours taking place several times a week.

There is the Grand Masters Palace, holding sway of the city with its views over the harbour.  One of the first buildings you will recognise as your boat arrives in Mandraki harbour.

The Square of the Jewish Martyrs is a more recent historical monument, where 3000 Rhodian jews were gathered before being taken to Auschwitz.  Today marked with a 3 seahorse fountain commemorating the three boats that took the jews from Rhodes and nearby Kos, and  more recently  a black marble obelisk bearing the names of the families.  Less than 300 returned.

If sightseeing is not for you, find yourself an authentic Greek square and order a large beer in a boot glass, sit and watch the world go by, listening to the cacophany of tourist languages, visiting, like yourself, for the day.

What should i take with me?

There is a small crescent shaped beach near to the port and the first entry into the old town, with beautiful waters in which to take a dip before returning to the port.

Do i need to take spending money?

Take money with you of course, the shopping is excellent in the new town and interesting in the old town.  Greek prices may be a little more expensive than Turkish so bear this in mind as well.  There will be several ATM machines where you may be able to get money out in Euros, throughout the old and new towns. There are several exchanges throughout the old and new town as well.

Don’t take this for granted though and do change some before you go, or have your credit card handy for the day.

Don’t forget your camera, this isand is an open air theme park dedicated to the ancient and modern.  Look over a 15th century wall and discover a 2000 year old temple, this is Rhodes!

Every bit as friendly as the Turkish people!

Is there anything in particular i need to know before i go?

Be aware when ordering drinks at restaurants and cafes.  A small beer is approximately a half pint, a medium is a pint …. a large beer is a whopping 2.2 pints and arrives in very large boot shaped glasses, guaranteed to keep you sipping there for a while.

Unfortunately UK citizens no longer have the fast track service of EU citizens and have to now join a different queue for passport control.  Be aware of this on arrival in the Rhodes port.  İt will be well signposted, but the queue may be a little longer.

Do not forget to take your passport!  You are leaving Turkey and entering another country, without your passport you are going nowhere.

What if i get lost?

Don’t be afraid of getting lost in the warren of old streets.  All streets on a hill lead down to the port, lose yourself in the history of this wonderful town and its ambience and when people ask where you went for your holiday, you can tell them Turkey  and  Greece! 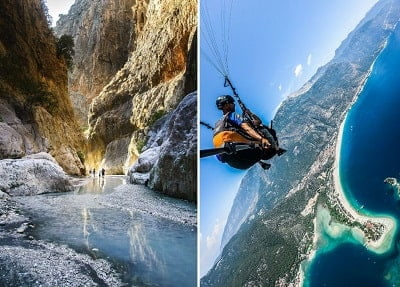 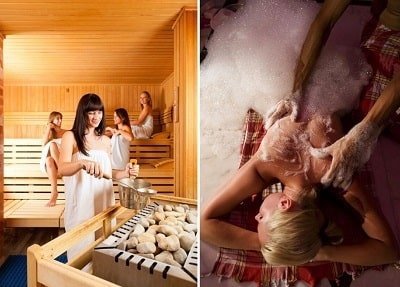