When you book with an account, you will be able to track your reservations and get access to coupons page.
Sign Up
2663
Book From Locals > Kuşadası > Kusadası Priene Miletos Didyma Tour

A private tour close to home can be arranged for your stay in Kusadasi. With an English speaking guide taking your tour throughout the day, you can maximise your information in comfort and at a pace to suit all members of your group. The antique sites of Pirene, Miletus and Didyma are all close to the resort of Kusadasi. The three are of the lesser known, but no less important historical sites in this area, each with its own unique history and story to tell.

This is an excursion with a difference as you will be treated as VIPs for the day, accompanied by your own personal guide. This is the best way to get off the usual tourist trail and discover some of the lesser known areas. You are sure to be left with a sense of accomplishment and be contet in the knowledge that you have visited places that fewer have the opportunity to do so.

You will enjoy discovering historical sites and visiting local museums on this tour with a suggested itinerary laid out for you. As a private tour, you will be able to add or take away upon reservation and are free to make any stops en route, or stay longer or less at different locations.

Firstly your hours of guidance are likely to be between 08:30 and 18:30, giving you enough time to negotiate a comfortable route of these ancient cities and get a spot of lunch in along the way. Travelling in an air conditioned, comfortable vehicle, once your group has been collected you can begin your tour.

PIRENE
Advised to be the first city stop, is home to the beautiful Temple Of Athena. Though considered to be the smallest of antique cities, it still houses many beautiful buildings of ancient architecture, and is considered to be not the least photogenic city in which to stop. It’s smaller size makes it easier to explore. Your guide will give you information about the city and its structures, while on the site.

MILETOS
With its enormous amphitheatre is well worth seeing, this ancient city has been the home to great thinkers and philosophers throughout the centuries. Once a port town, time and the Aegean have shifted and Miletos is no longer connected to the sea, sitting about 22 kilometres north of Didyma it is en route to your next possible stop.

DIDYMA
Meaning twins, Didyma takes its name from the twins Apollo and Artemis, to which both temples were dedicated in the ancient site. In 1493 an earthquake destroyed the Temple of Apollo and the site became abandoned.300 years Later the Greeks removed most of the stones to build homes. Famous for its Oracle, Didyma was second only to the oracle of Delphi. Even to this day, the remains of this once proud centre of spirituality remain to be seen … and photographed.
With a lunch break at the time of your choice to sustain you throughout this tour, there is plenty of time to do, see and hear about the tales of these ancient sites, before your return to Kusadasi and your hotel.

How much is Kusadasi Priene Miletos Didyma Tour?

What do I need to bring with me?

Good footwear is the first concern. This is essentially a walking tour and your feet will thankyou for wearing the appropriate walking shoes.

Wear loose, comfortable clothing and a sun hat too.

Sun cream and sunglasses should also be worn.

Do bring some money with you to buy extras to lunch as in drinks or snacks.

Bring your camera for some of the most amazing photo opportunities you could wish for.

Keep a water bottle to hand for rehydration.

Are there any restrictions as to who should go?

Anyone with mobility difficulties should advise the reservations team upon booking so that any necessary alterations to the itinerary can be made. Some locations do require a small amount of walking.

Very young children may not find enough to stimulate their attention. Do consider this when arranging your tour.

Is there anything else I should know?

Your museum entry fees are included in the tour price. If you are bringing younger children with you, do bring their passports for age verification. This could mean the difference in entry prices. 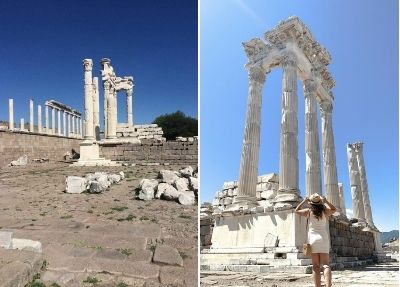 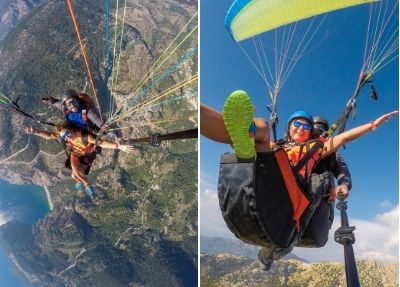