When you book with an account, you will be able to track your reservations and get access to coupons page.
Sign Up
2901
Book From Locals > Fethiye > Fethiye Saklikent Gorge Tour

With a professional tour guide to lead you, the very best of Saklıkent Gorge is awaits your discovery.  A journey of around 40 kilometres from Fethiye will bring you to the Gorge.  What is Saklıkent Gorge?  An 18 kilometer rivered canyon, the  largest in Turkey and the second largest in Europe, with a height  of 300 metres it is flanked along most of the way by easy to maneuvre wooden walkways.  It is now a National Park of 12390 hectares.

The mud at the bottom of the gorge is believed to have healing powers.  Indeed this ancient and beautiful gorge houses so much more than ice cold water and rocky cliffs.  It is also the home of many legends throughout history.

The name ‘Tlos’ means lost city in English and it is along this route you will encounter the ancient city of Tlos itself.  Known since antiquity it was built by the Hittites as far back as 14th century BC. And became one of the most important cities of renown to the Lycians.  The rock tombs can still be seen from this ancient time when modern Turkey was known as ancient Greece.  Then came the Romans who added further to the buildings of the antique city.  The agora and amphitheatre can still be seen today.

Later during the time of the Ottoman Empire, ‘Bloody’ Ali ruled in Tlos, but perhaps the most interesting of Tlos history took place during the time of Greek Legends when Belerophon slew the Chimera, a much feared monster, to the great joy of the people of Tlos, whereupon he then established a royal dynasty in the city.  Today you can still see the plant covered luxury villas of past times, haunting the landscape.

Departure will be from your hotel at 08:00 for Fethiye and Olu Deniz, 08:30 for Hisaronu, 08:35 for Ovacik and 09:00 for Calis Beach.  These times are approximate and you should be ready to depart at least 10 minutes before.

You will also make a stop at the Fethiye Yaka Park Trout farm, where you will have your lunch in the shade of the forest surrounded by brooks and streams.

Later in the afternoon you will arrive at the ancient city ruins of Tlos and you will be given information by a professional guide, regarding this antique region of Turkey and its legends.

Your final destination will be your hotel with a return time of around 17:00.  You will return having had a wonderful day out!

How much is Fethiye Saklikent Gorge Tour?

Your transfer to and from Fethiye hotels and apartments is included, along with your professional guide services throughout the day.  Your insurance is also included as is your lunch at the Trout Farm. Lunch will be served by the scenic waterfalls.  An excellent photo opportunity.

Not included in the ticket price is your entrance to the ancient city of Tlos and entry to Saklıkent Gorge.  These are payable locally.

Your drinks and any sundries you may choose to buy along the way are not included.

Good walking shoes are essential.  Ones that can easily be removed as you may wish to dip your toes in the ice cold water of the Gorge.  Shorts and T shirts are also a good idea optionally over your swimsuit.  Dont forget your sunglasses and a good suncream, a towel and a hat for walking through the ancient city of Tlos.

Your camera is always a good idea, with a myriad photo opportunities in this unique gorge and its hidden city.

Lastly, dont forget to bring some money to pay for those museum entries and any drinks or memorabilia you may wish to buy.

When can i go?

Tours go to Saklıkent every Thursday & Sunday, weather and numbers considered.  This is a full day tour returning to your hotel at approximately 17.00 pm.  Should times vary, your operator will be able to inform you on your ticket.

Is it for me and my family?

Very young children would not appreciate the hours of walking, however, for older children and able bodied of all ages upwards, this is an ideal tour for discovering the ancient side of this region, together with the ecological side of the landscape.  Singles and groups also enjoy this tour. 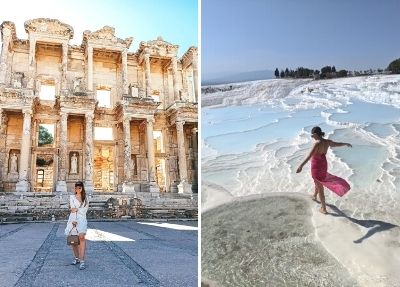 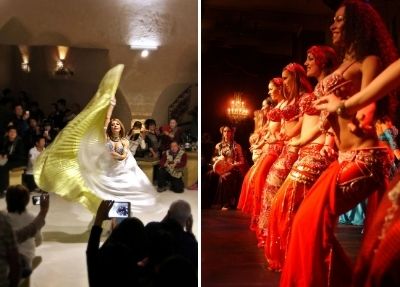