When you book with an account, you will be able to track your reservations and get access to coupons page.
Sign Up
2727
Book From Locals > Belek > Belek Cappadocia Tour (2 Days Trip)

Your holiday in Belek is the ideal starting point for a visit to the ancient wonders of Cappadocia.  With so much to see and do on this tour you are given two days in which to explore this amazing region of Turkey, perhaps unique in all the world.  With its other world landscape and fairy chimneys, to the unusual rock formations and the underground cities, carved in the soft volcanic rock, you can explore in the footsteps of an ancient civilisation, seeing for yourself where thousands of people (and their livestock) survived in the underground metropolis.

Cappadocia is famous for its large rock formations created by eroded volcanic rocks.  They have been moulded and shaped over millenia and have even been carved out by different civilisations in order to create homes.  On this tour not only will you be able to see the moon like landscape fanning out in front of you but you will also be able to get up close and personal with these formations.

You will be able to explore underground cities and discover a whole new world within the rocks, an experience that few will have the chance to experience in their lifetime!

There will be an early morning pickup from your Belek hotel, and an on board introduction by your guide for the tour, before you head up into the mountains towards Cappadocia.  Your vehicle will be a comfortable coach with all mod cons for your comfort. When you reach Cappadocia a visit to the underground city is your first stop, where your guide will give you a detailed history of this labyrinth of antique life.

Next stop will be lunch, served at a local restaurant, usually a Testi kebab which is normally beef or lamb cooked in a clay pot in its own juices and is quite delicious (don’t be put off by the name, it isn’t as it sounds and it really is delicious).

After lunch there will be stops at Ortahisar and Love Valley (Love Valley so named for the more than average amount of proposals that are made in that romantic setting) and with panoramic views what better place is there.  Travelling then to the rock village of Cavusin and the church of St John th Baptist, with the last stop of the first day at the monasteries in the Pasabag village (open air museum) to the Devrent Valley.  Otherwise known as the valley of imagination, due to the unusual rock formations which look like animals or other mythical creatures.

At the end of Day 1 you are taken to your hotel in Cappadocia for a freshen up, buffet evening meal, and if you are not too tired the Turkish Night Show at the hotel. Of course if you just want an early night in preparation for the next day, that is ok too.

An early start for your second day begins with 04:00 wake up to enjoy the Balloon ride over the fairy chimneys of Cappadocia.  One of the best ways to watch the sun come up.  Then back to the hotel for a refreshing buffet  breakfast, including tea and coffee.

In Goreme village you will see Pigeon Valley, famed for the thousands of pigeons that have nested in the soft volcanic rocks of this valley.  Here you will encounter the Castle of Uchisar, the highest point in Capadoccia, with its amazing 360 degree views of this truly unique region of Anatolia.

A lunch break follows  in Konya and then back to your hotel and original pick up point.

How much is Belek Cappadocia Tour?

How many people can stay in one room?

You will be advised upon booking of rooms suitable for your party.  Different size rooms are available to accommodate even the larger families.

How do I book the hot air balloon flight?

Please let us know when booking that you are interested and we will provide you with details.

What is included in the ticket price?

This is a true value for money tour.  Firstly your air conditioned transport throughout the tour, along with an English speaking professional guide and travel insurances.

Your entry into the underground city and Passabag Open Air Museum is extra.

One night at a minimum 3 star Cappadocia hotel, including 1 x breakfasts and 1 x evening meal.

Anything special i need to bring with me?

Firstly your appropriate footwear as there will be a fair amount of walking during the tour.  Don’t forget your overnight bag and a possible light change of clothes.

Sun Creams, glasses and sunhat are always a good idea on this tour.  A wrap or extra sweater for the evening (seasonal).

Do bring money with you, besides the necessary refreshments, you never know when something will catch your eye. 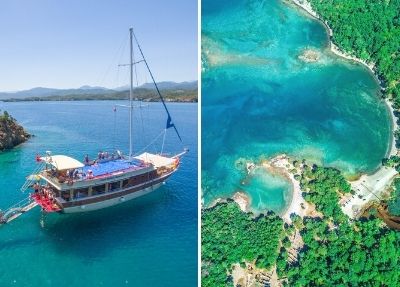 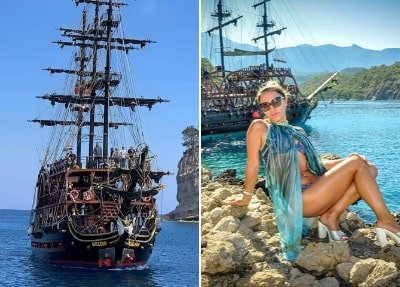