When you book with an account, you will be able to track your reservations and get access to coupons page.
Sign Up
2673
Book From Locals > Side > Side Cappadocia Tour ( 2 Days )

Don’t you want to visit Cappadocia, the most unique region of Turkey, with its alien landscape and centuries-old history, and  see the miracle created by Nature with your own eyes? A tour to Cappadocia from Side is something that will make your dreams come true.

Cappadocia is a unique area, which was created from volcanic eruptions a millions of years ago. Ancient people carved their homes in the formed rocks.You will be amazed to see all the cities, carved in rocks, with a huge number of churches and monasteries. During your breathtaking trip you will be visiting ancient cities, which have a long history, and lovely valleys. Also, you will have an opportunity to have a breakfast, enjoying the views of antique Akseki city, at the very beginning of your trip. After, you will be visiting the spiritual center of  Turkey – city of Konya, which is famous for its Order of Dervishes – ancient ritual order.

In a small Aksaray town, which was one of the most important trade centers along the Great Silk Road, you will be visting Caravanserai of XIII century, where you will be having a dilicious  and nourishing lunch. Nearby Aksaray town, you are going to visit Saratli city, one of the largest and famous underground cities of Cappadocia.You will continue your journey to antique city of Avanos, the oldest center of pottery, where you can observe how experienced potters are creating their ceramic masterpieces.

During the trip to the most beautifull Devrent valley you will have an opportunity to see its unique rocks, created by nature, hundreds of years ago, in which you can easily recognize  shapes of various animals or humans, as well as take amazing pictures.Also, you will be visiting an interesting, ancient village of Uchisar with its various tunnels and rooms. And, you will be amazed by the “mushroom” rocks, which have two or even three caps, and famous church of St.Simeon,as well as local wine shop and clay workshop, in the valley of Pasabag.

During your journey to Goreme National Park, you are going to have an amazing view of the huge area with ancient rock monasteries and churches. On the way back to Side, you will be visting Three Beauties, one of the largest and most famous “mushroom” rocks, where you can take fabulous pictures. Moreover, you will have the opportunity to spend a few pleasant minutes in an onyx stone and leather goods workshop.

Your exciting trip to Cappadocia from Side is going to be your discovery of this unique area. Besides the opportunity to see unearthly lansdcapes and charming valleys, you will be able to learn a lot from history of Ottoman Empire. An amazing impressions of such an exciting trip  will live in your memory for a very long time!

Early in the morning a tour bus will pick you up from the hotel, and you will start your incredible journey to Cappadocia, a region in Turkey, with unique landscape. On the first day of your trip you will be visiting an ancient city of Konya, which is famous for its religious culture, Aksaray city, where you will spend some time in underground city of Saratli, and will be having a lunch in Caravanserai of 13th century.

In the ancient city of Avanos, the center of pottery, you will stop by a workshop with the most beautiful ceramics. In the Devrent valley, which is also called Imagination Valley, you will have the opportunity to take gorgeous pictures with bizarre rock formations in background. Your next destination will be an ancient Village of Uchisar, famous for its Rock Castle, as well as Pasabag Valley, the place where unique Cappadocian wine is produced. The final station of that day is going to be Goreme Natonal Park.

Afterwards, you will be checking into the hotel, where you will be having a dinner and overnight stay. On the second day of your trip, after you finish your breakfast at the hotel,  you will be starting you trip back. There are two destinations you will be going to stop by: “The Three Beauties”, the most famous rock “mushrooms”, as well as onyx stone workshop and leather shop. You will arrive in Side in the evening, and arround at 8 pm you will be transferred back to your hotel.

At the very beginning of your trip, you are going to stop by an ancient city of Akseki, to have a breakfast. Akseki city,from ancient times, was inhabited by Persians, Greeks, Romans, Byzantines, and became part of Ottoman Empire after being settled by Turks. You can either take your breakfast out from the hotel, and eat it while enjoying the views of the ancient city, or have a breakfast at one of the local restaurants.

Konya is an ancient city with more than 9500 years of history, from the time of Hittite Kindom and Roman Empire to the present days. And its considered to be the spiritual center of Turkey. A famous Persian poet, mystic and Sufi Muhammad Mustafa Jalal ad – Din –Rumi lived here.

He was a founder of the Sufi monastery and the Order of Dervishes, as well as the dance ceremony of Whirling Dervishes- Sema, which includes music, dance and prayer. In 1925, during the reign of Ataturk, the Sufi orders were abolished, and  the Rumi monastery was turned into  a museum. Here you will have the opportunity to take a break, to take a walk, to see the neighborhood of the great historcal city, and take memorable pictures.

Aksaray is a small ancient town with a population of 170 thousands people. It was originally a Roman city, in 1071 it was conquered by the Seljuk Turks, and it was annexed to the Ottoman Empire in 1570. The town was located along the Great Silk Road, and was one of the most important trade centers. One of the most popular underground cities of Cappadocia – Saratli city is located nearby Aksaray town. Saratli city is comprised of 5 huge premises, which are connected to each other by corridors and tunnels. And an amazing point about these premises is that huge round stones are served as doors, which still cause a lot of questions.

There is everything that every human needs to live, in the premises of the underground city. For example, kitchens, barns, living rooms and much more. During your stay in the city of Aksaray, you will have the opportunity to visit Caravanserai, which was built from volcanic stone by the Seljuk Empire, in XIII century. Caravanserai is a typcal ancient inn for traders who was following the Great Silk Road with caravans full of goods.You will feel like a traveler of the ancient trade route, who had an oportunity to take a breath after a hard day.You will be having a delicious and nourishing lunch, consisting of national dishes of Cappadocia.

Continuing your trip, you will stop by the ancient city of Avanos. It is also called the City of Potters, because many millennia ago, during Hittite times,people began to process clay, which was extracted from the longest river(800km) in Turkey – Kizilirmak, flowing through the city of Avanos.

Local potter craftsmen process the clay, and make truly wonderful  ceramic masterpieces, famous not only throughout the Turkey, but in many other countries. Nowadays, the city is considered to be the center of pottery in Turkey. You will have the opportunity to stop by one of the ceramic workshops, where you will be observing the work process of the experienced potters, and see the delightful  handcrafted pottery.

During your tour,you will also be visiting the Devrent valley, which is also called  the Valley of Magical Creatures. The Devrent valley is one of the stunning valleys in Cappadocia, and even though it has never been inhabited, it amazes with its unique shapes. For thousands of years, the nature itself was skillfully creating these bizarre rock formations, with  a wide variety of shapes.

You will be able to see the shapes that resemble humans and animals. In the rocks, you will easily recognize, for example, a shape of camel, a chiken or a sweet couple of doves merged together in a kiss, as well as Napoleon, and even  Virgin Mary with a baby in her arms. Moreover, the valley is rich in beautiful landscapes, so you will have the opportunity to take an amazing memorable pictures.

Uchisar is the most interesting ancient settlement in Cappadocia, located at 1400 meters above sea level. It still retains its national flavor and primtiveness. There is a 60 meters high rock, in the center of the settlement, which began to be used as a fortress back in Hittite times. The rock is full of various tunnels and rooms, and more than 3000 people lived here in XV century. You will be amazed with the stunning views of the Cappadocia from the top of the fortress. Also, Uchisar is interesting for its, typical for that area, cone shaped dovecotes, carved directly into a tuff rock.

Pasabag is a valley, unique for its landscape. In Turkish Pasabag means the Vineyard of Pasha,where Pasha is a military rank, similar to General. There is a large number of vineyards in the valley, which are used to make a unique Cappadocian wine.

Here, as well as in many other valleys of Cappadocia, you can find  a funny shaped unique tuff rocks with caps resembling mushroom cap. However, the Pasabag valley is unique for its “mushroom” rocks, having 2 or even three caps. Pasabag valley is also called the valley of Monks, since one of the famous churches – the church of st.Simeon is located here, inside one of the “mushroom” rocks with three caps. Here you will see all the beauty of this unusual landscape, as well as take unique photos. Also, you will stop by the local wine shop and clay workshop, where you will have the opportunity to purchase a wine or the pottery you like.

The last destination of the first day of your an exciting journey is going to be Goreme National Park. Goreme Park is an open air museum, that covers an area of 300 km². You will be amazed by the lots of rock formations, cave churches and monasteries, located in the huge territory of the park. Since 1985, Goreme National Park has been included in the UNESCO World Heritage List. After visiting the park, you will check into the hotel, have a dinner and overnight stay.

On the second day of your exciting tour, after having a breakfast in the hotel, you will contnue your trip to Side. On the way back you will stop by the famous Three Beauties, three “mushrooms”  made of tuff rocks, located at the entrance to the city of Urgup, one of the largest tourist centers in Cappadocia.You will be amazed by the Three Beautes, the largest ones of all similar rock types, located in Cappadocia. You will have the opportunity to not only see it firsthand, but also take unique pictures with Three Beauties in the background.

How much is Side Cappadocia Tour?

What time does the Side Cappadocia Tour start?

Side Cappadocia Tour starts at 06:00 every Monday, Thursday and Saturday, ends next day at 18:30. Duration of this tour is 2 days.

Where to book Side Cappadocia Tour?

You can book Side Cappadocia Tour online. No downpayments are required while making your reservation. 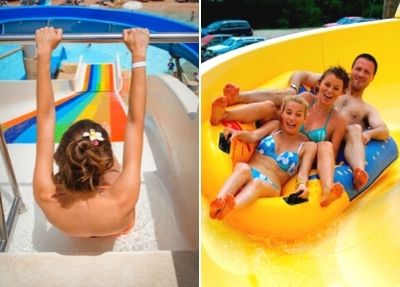 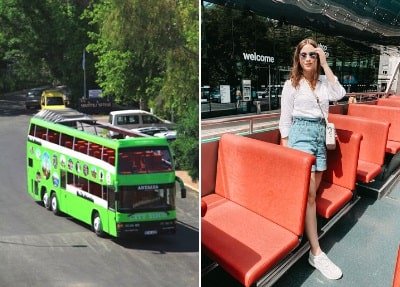